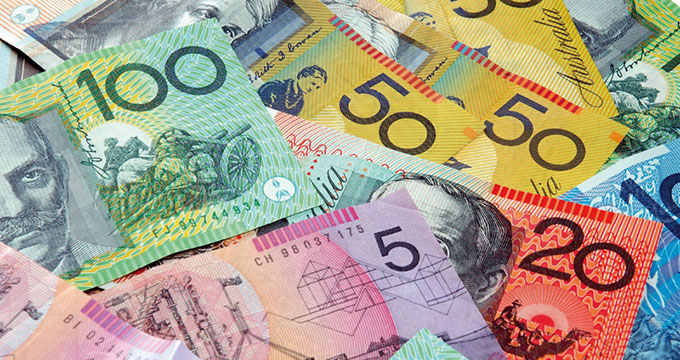 The Australian dollar (or so-called aussie) rose during the calm Asian session on Thursday, following broad US dollar weakness as no crucial data came out to boost the volatility.

Aussie still holds the $0.77 territory, while the Austrian central bank, the Reserve Bank of Australia (RBA), maintains the stance that the currency is overvalued and openly support its further depreciation.

The mining-oriented economy has been hit mostly by China’s slowdown as the top Asian economy is the largest importer of Australia’s mining resources due to its massive industrial sector. Australia struggles during last years with a systematic change in the economy, trying to change the focus on domestic demand, not to be dependent on mining-exports and thus more opened to international crisis.

The RBA is expected to keep its monetary policy on hold for an extended period of time, while in case of any outlook change, we may even further cut this year as the central bank finds it useful to see the ‘overvalued’ aussie to drop even further.

From the fundamental point of view and the above-mentioned we expect the US dollar’s strength to prevail, dragging the pair even further on divergent monetary policy progress. US dollar faces some obstacles, but despite first quarter weakness, we stil expect the Federal Reserve to be the one who will hike rates sooner, underminig thus the aussie’s performance.

Now the US focus will turn to the July 8, whne the Federal Open Market Committee will publish meeting minutes to provide better insight into the policymakers’ decision.

As for the technical point of view, we expect the aussie to get back to its support level at $0.7683 and later to $0.7612, while from a long-term perspective we see the currency pair to drop even below $0.75 level.