CLOSE
Home Commodities The Commodity/Cryptocurrency Evolution is Upon Us 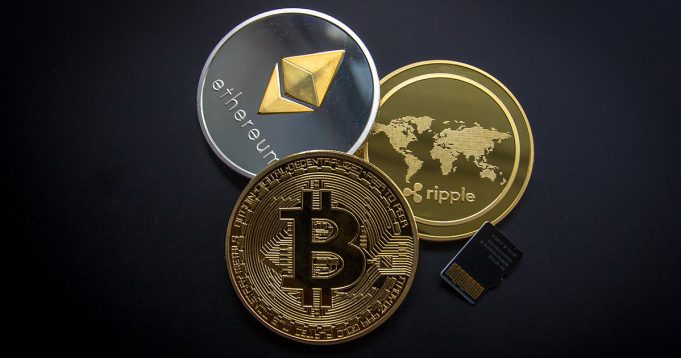 2017 marks that year in which cryptocurrencies finally penetrated mainstream consciousness. A victory lap for the cypherpunk culture that pioneered its foundational technologies and underlying philosophy over twenty years ago? Sort of, but not quite.

A schism took place in the perception of the technology itself, widening the gap between two of its primary attributes: blockchain vs. digital currency; function vs. asset; categorical stasis vs. disruptive innovation.

On the one hand, blockchain’s multi-industrial applications gained immediate recognition. Corporations and governments were eager to explore blockchain capabilities to enhance or innovate their current processes and operations.

On the other hand, cryptocurrencies became less of a technological embodiment of libertarian free-market ideals, instead of becoming a vehicle for reckless speculation. A few governments were willing to regulate cryptocurrency speculation and investment; even fewer embraced them.

The irony of this last point is that government oversight and regulation–which the mainstream public seemed to be clamoring for–are exactly the things that the early cypherpunks were fervently working to oppose.

But let’s get back to the topic of crypto speculation. The appropriation or “hijacking” of any product, service, or “brand” is not an uncommon phenomenon; in fact, it happens all of the time, to the extent that it may even constitute a natural part of the product cycle.

But in the case of cryptos, its capacity as a “gaming” object (a wager; gamble) has diverted attention away from its original goal to establish a legitimate alternative currency system; one that is not subject to central bank manipulation or control.

The exception to this appropriation is, of course, the HODLers, another word for the long-term devotees (“holders) whose investments stem from a more idealistic view of cryptocurrency’s future monetary potential.

Here’s the real question: what do cryptocurrencies need to transform from an object of speculation to a formidable challenge to “monopolized money”?

Okay, let’s get down to the crux of the matter. There are many characteristics that collectively “define” money (e.g., a unit of account, store of value, etc.). Fine. All are valid.

Sure, cryptocurrencies (or rather, “blockchain”) may serve well as a unit of account, and perhaps a store of value depending on the outcome of a given altcoin. Cryptos are storable, transportable, and divisible.

Cryptos also provide heightened privacy and security, inflationary protection, decentralization, and independence from central bank intervention; all of these attributes positive; all more promising than the fiat system. Yet, cryptocurrencies don’t have the same level of purchasing power as cash. And that’s an issue.

So to answer the question–what might be the next evolution in the crypto space?–the answer is obvious if you compare the obvious need against the glaring absence: purchasing power.

Cryptocurrencies backed by real assets–ideally gold and silver, but also industrial commodities, perhaps even “services”–may constitute the final iteration of an asset class whose potential to challenge and overtake fiat currency is almost 100% complete.

This article originally appeared on https://gsiexchange.com/