After the first skeptic quotes, number of politicians realized that the cryptocurrencies are able to sustain even more pressure and are weighing the possibility of taking advantage of them. Prime Minister of Malta argued that European regulators should embrace cryptocurrencies like bitcoin.

Speaking at the CEPS Ideas Lab in Brussels on 23rd February, Prime Minister Joseph Muscat argued that governments in the European Union should “double down” on the tech, which he pointed out is slowly catching on amongst the bloc’s financial institutions, according to a transcript published by Live News Malta.

Muscat’s remarks were in the context of reinvigorating the EU, which has faced rising socio-economic pressures in recent years. He also proposed that leaders in the bloc create financial mechanisms to invest in areas that may be inclined to leave the EU, as was with the case of the UK’s so-called “Brexit” vote last year.

Though prefacing his statements by saying that he is opting to advocate for “outright insane” sounding ideas, Muscat argued that “the rise of cryptocurrencies can be slowed but cannot be stopped”.

He went on to tell event attendees:

“My point is that rather than resist, European regulators should innovate and create mechanisms in which to regulate cryptocurrencies, in order to harness their potential and better protect consumers, while making Europe the natural home of innovators.”

Among the firms in Europe testing the tech is Malta’s primary stock exchange, which in December formed an internal “Blockchain Committee” dedicated to exploring how the exchange might utilize the tech.

The exchange further indicated its intention to set up a domestic blockchain consortium in Malta, aimed at creating a basis for the development of new applications.

For an questions regarding brokers, FX market, marketing visit checkusmedia.com or write one info@checkus.sk 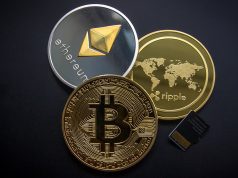