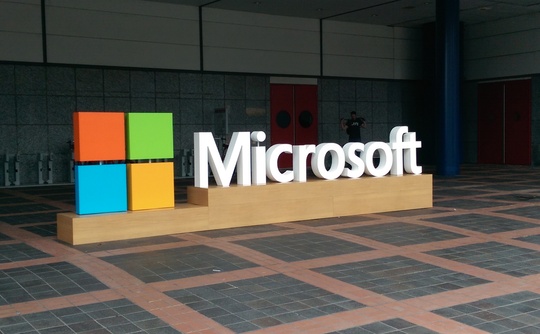 Microsoft developers should be able to build decentralized applications now, using the Ethereum blockchain due to a collaboration between the software giant and ConsenSys.

Developers will be able to build, test and deploy decentralized applications, or dapps, by building Ethereum’s Solidity programming language for writing smart contracts directly into Mircosoft’s Visual Studio platform, within an integrated environment they already know how to use.

The ConsenSys integration with Microsoft uses smart contract programming language Solidity, which enables developers to run programs on the Ethereum network, so-called the Ethereum Virtual Machine (EVM). With the Solidity language, developers will be able to write applications using self-enforcing smart contracts that can theoretically execute as wide a range of business transactions as the coder can imagine.

Ethereum’s cryptocurrency – ether, powering the applications, is now valued at around $11.80, reaching a market cap of above $900m. Bitcoin’s market cap is still the highest among cryptocurrencies, at $6.3 billion.

Until recently Ethereum adoption has been slow, albeit it is moving up.

Microsoft’s director of business development and strategy for blockchain, Marley Gray, believes that large pool of Microsoft developers could change that. As of July 2015, when Microsoft launched its most recent version of Visual Studio more than 3.2 million developers were registered on the platform, and the gallery of tools had been downloaded 13 million times in 2015.

“This integration with Visual Studio will offer developers enterprise-grade solutions with advanced capabilities for teams working on blockchain smart contract projects of any size and complexity,” added Gray in a statement.

Currently, ConsenSys has around 70 employes globally, 30 of which work at their headquarters in New York City, Brooklyn, according to Andrew Keys, Director of Enterprise Business Development at Ethereum. He says that around  80% of the staff work on a full-time basis and are compensated through a combined equity and payment structure.

Both companies have have already taken advantage of their cooperation elsewhere. In November 2015, ConsenSys was the first company to participate on Microsoft’s Azure cloud-computing service, which was designed to let other companies experiment in a sandbox environment with the distributed ledger technology.

As a result, Microsoft was able cut out its place in the blockchain industry as one of the largest early movers, and ConsenSys earned the credibility due to the cooperation with a well-known company.