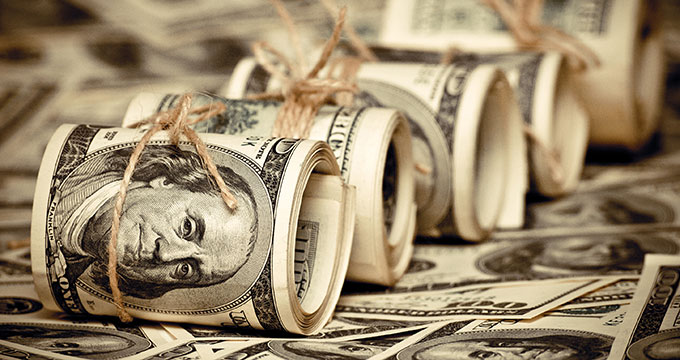 Tuesday saw a significant jump on the US currency, driven by risk-off sentiment, mostly confirmed at the USD/JPY currency pair. Greek crisis constantly provides hints to markets, that lead to higher volatility and moving between risk-off and risk-on environment.

Most of the currency pairs saw permanent drop under the pressure of the US dollar, while commodities, backed by greenback as well, plunged markedly. West Texas Intermediate erased all of its previous gains, while brent followed the trend as well. Gold dipped below $1,160 an ounce, Silver reached the lowest level in 2015, platinum since March 2009, palladium since June 2013 and copper since June 2009.

Euro has been already under pressure of Greek worries, as the Greek Prime Minister Tsipras is about to speak later during the day with European leaders about his new proposals and solution to Greek crisis. Capital controls remains in Greece, with banks limiting withdrawals to only €60 a day per account.

Dollar provided a strong pressure also on sterling, driving the UK currency below $1.55, while the Australian dollar was seen close to $0.7400. Loonie dipped with oil prices, but the Japanese yen, as a safe-haven currency now, was able to sustain this and benefit from the situation as always. Stock markets in Europe performed badly, as well as bond markets due to Greek nervousness.

Nevertheless, all the dollar bulls should be now watching closely the Federal Open Market Committee (FOMC) meeting minutes release tomorrow. Although the Greek crisis is helping the US dollar, traders should monitor closely the impact of any rate-hike delay hints possibility of spurring a selloff on the US currency after the FOMC minutes. September is now in focus as the liftoff term, nevertheless many traders believe that the economy is still not performing well to make this crucial step.