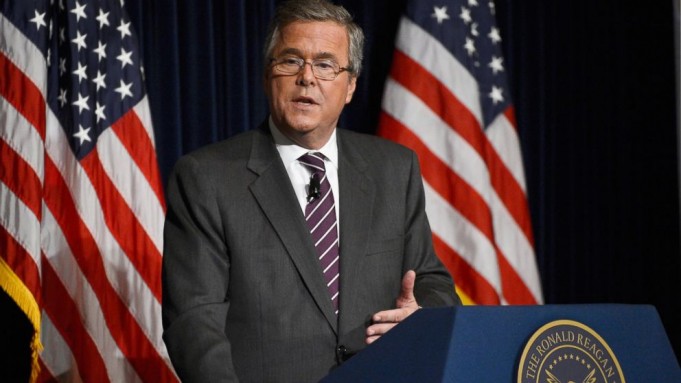 Focusing also on Hispanic voters, Jeb Bush from the well-known US family of former presidents, launched his campaign for the presidential election in 2016.

Hispanic voters became his major issue due to his previous  job as a Florida governor, known for its Spanish-speaking majority. Jeb Bush chose wisely to speak even in Spanish during the campaign in Miami, telling that he ‘will run with heart.’

He appealled to voters by stating that US ‘is on a very bad course’ in relation to immigration regulation and added that ‘you and I know that America deserves better.’ Jeb Bush added that he is interested in leading the immigration reform through Congress ‘not by executive order.’

Moreover, he chose the patriotic card, saying that America’s previous glory should be renewed and ‘make opportunity common again, get events moving in the world our way again.’

Popular topics of cutting the government bureaucracy has been taken out, fighting lobbysts and install a wider education system reform. Jeb Bush added to the educational problem that ‘when a school is just another dead end, every parent should have the right to send their child to a better school, public, private or charter.’

‘After we reformed education in Florida, low-income student achievement improved here more than in any other state,’ Jeb Bush mentioned, underlining his government in Florida.

As it is common in every election, Jeb Bush criticized Obama’s government, mostly focusing on foreign policy and saying that US ‘needs an American president to go to Havana in solidarity with a free Cuban people,’ and he is ‘ready to be that president.’

Moreover, Je Bush confirmed his intention to keep Israel as the main partner of the United States, stating that he will rebuild US-Israeli ‘vital friendships.’ He said that it ‘starts by standing with the brave, democratic State of Israel.’